Active Shooters an Increasing Concern to Many Businesses 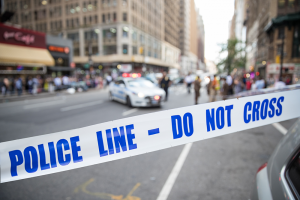 Time and time again, gunmen find their ways to attack private businesses. This ends up costing many companies money over time. It also causes business disruption and damages that many insurance carriers are hesitant to cover as the number of incidents continue to rise.

Many workplace shootings are caused by former employees of the company. The recent Rite Aid distribution center shooting in Maryland, is an example of this exact matter. The shooter was a temporary worker who had purchased a gun and was diagnosed with acute schizophrenia. Having this illness precludes a person from purchasing a firearm in Maryland. This is primarily the case if a person had been involuntarily committed to a mental health facility for at least 30 days. This was not the case for the shooter, but they still grew annoyed, left and came back killing three people and then themselves. Because of this, the plant and a distribution center was shut down and investigations were carried out, disrupting the day to day operations.

Active shooters are notoriously hard to cover, and this type of claim is not normally offered in General Liability coverage. Commercial property and General Liability coverage only covers the physical property where a company does its business. Most property owners would have this as a formal part of their day to day operations. An incident involving a gunman will not trigger it, only property damage will.

The incidents involving the Aurora movie theater, the Pulse Nightclub, and the Virginia Tech shootings were different in their payouts. In Aurora, other than the gunshots, there was no damage done to the theater which ended up being closed for six months and eventually reopening. This incident didn’t trigger Aurora’s general liability coverage at all. In the Pulse Nightclub shooting, the club itself was ready the next day. However, considering the carnage, it never opened again. At Virginia Tech, all the costs from loss of incoming freshmen, PR, counselling and burials came out of pocket, something that a standard GL policy would never cover.

Active shooter coverage is an increasing demand as the safety of the workers continues to come into question. But you must ask your provider if they have this coverage as it is considered separate coverage. For more information about this coverage Click Here