Equifax Hacked: Does it Affect You? 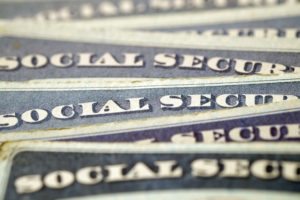 In the last week, with everything happening in the Florida, one extremely crucial story broke and it could be as damaging as any hurricane. Equifax, one of the three largest credit monitoring sites, reported that their database was hacked in May and didn’t realize it for a month. Compared to various other hacks that may have affected a select group, this was unprecedented.

The numbers are estimates, but they are truly staggering; 143 million files were reportedly breached. That means the social security numbers, birth dates and addresses of that many people were potentially compromised, or roughly half the U.S population. In addition, close to 210,000 credit card numbers and over 180,000 drivers’ licenses or “certain dispute documents with personal identifying information” were stolen. Being one of the largest credit bureaus, the compromise of data is an utter disaster. So much was hacked that many people are safer in assuming they were breached.1

The potential fallout is massive. With just the social security data, thieves can open accounts and credit cards in your name. When the accounts go delinquent, you get the bill and your credit suffers tremendously. Compared to other hacks, the value of data compromised is astronomical.

In situations such as this, you should put a freeze on your credit cards or set up a fraud alert. Freezes shut down any new credit lines from being made, while alerts force any credit handling business to contact you before approving a new line. In addition, you should also get credit reports periodically, either online or a physical copy, as the bureaus like Equifax by law has to provide it when asked.2 The hack was large, but careful monitoring can help mitigate the damage.