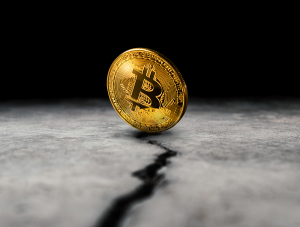 Insurance carriers are concerned about the future of cryptocurrency. With multiple hacks of the traded commodity, it becomes increasingly difficult to insure the risks as they are not a physical currency like cash. Because of the need for more data to accommodate them, the servers and storage needed to store cryptocurrency becomes larger and larger. As a result, they become vulnerable to a large-scale hack.

Among the issues to insuring currency like bitcoins is the question of whether it’s a physical object or not. Currencies, and by extension, the banks to protect them are physical objects. Under normal circumstances, organizations such as the Federal Deposit Insurance Corporation (FDIC) would be able to cover deposits and transactions up to a certain amount if deposited with an FDIC insured institute. With cryptocurrency being inside the internet, it’s not physically with the owner or in an unusual institution. Some crime policies define “covered property” as “money, securities, and property other than money and securities.” The same policy defines “property” to mean “any tangible property other than Money or Securities that has an intrinsic value.” Notably, this definition of “property” also states that “’property’ does not include Computer Programs or Electronic Data.”1

The question then becomes is it money or is it not. Property other than money is typically excluded. If it’s not money, is it tangible? Many newer commercial crime policies include cryptocurrency, bitcoin and similar instruments as addition to standard commercial property. However, most policies do not.

Another issue is the size of the breaches that are now occurring. Like in other cyber hacks such as Target, the damages are becoming larger and larger. With the valuation of a single Bitcoin in the tens of thousands, insuring them in the event of a loss is tricky as their value is tied to their current exchange rate. When the exchanges are breached such as the one in Korea in June. In this breach, an entire cybercurrency exchange was hacked and shut down, the resulting fallout eliminated 30% of the value of the bitcoins exchanged in Korea. The unknown factor makes insuring loses nearly impossible as insurers are unsure how much to cover.

While cryptocurrency is still hard to insure, the rest of your cyber needs shouldn’t be neglected. Protecting your electronic assets with properly structured insurance policies will limit the damages. Proper cyber insurance and commercial crime polices can help companies stay protected.