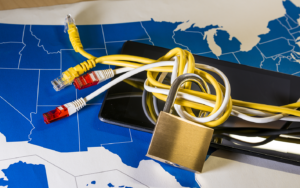 In regards to the internet, one of its core philosophies is the freedom to access it across its vast scale. With the current legislation being proposed by Congress and the Federal Communications Commission (FCC), the concept of this net neutrality is at risk of being removed. Many people are worried that many of freedoms of the internet will now be in the control of the internet service providers such as Comcast and Verizon.

Net Neutrality is the term given to the idea that everyone is entitled to use the internet as it was designed, an open market. The issue at hand is that as people using the internet continue to rise, the various governments have had a hard time regulating how much information is obtainable and how much should be regulated.

The current fight began back in 2015. Then under the Obama administration, the FCC ruled that the internet broadband was not a utility under Title 2 of the 1934 Communications Act. Instead it was to be treated like a phone service or a “common carrier,” something that while is regulated meant no one can control what content gets delivered. This means the FCC could enforce net neutrality and allow for fair play for anyone online.1

Naturally, many opponents sprang up and tried to repeal it especially from the giants like Verizon and Comcast. One of these critics is the now sitting chairman of the FCC, Ajit Pal. He long opposed net neutrality and now with him in charge, he will likely pursue his goals of dismantling these rules. Under his proposal, the FCC would classify ISPs as information providers, allowing for regulation of what information gets released and passed around. This new regulation would be enforced by the Federal Trade Commission, (FTC).

What many people are scared of is that the telecoms would be able to control who gets what by establishing “fast” and “slow” lanes for the internet service providers. Essentially, if an ISP wanted, they could sever a connection or slow the speeds of a site forcing them to pay for more speed. In addition, the upkeep of these so called fast lanes would mean companies, like Netflix and YouTube, would have to charge their customer more to gain access to their services.2 More importantly, the rejection of these rules would hurt many of the smaller private companies that rely on the internet. With the ISP’s controlling speed, they would have to pay for the privilege to go faster. If they aren’t in the ISP’s best interests they can easily be cut off and their business will suffer and control everyone’s internet access.

On the flip side of the argument is that the internet worked just fine before net neutrality. Using the argument from the 1996 Telecommunications Act, the ISPs, argue that the government shouldn’t regulate the industry. Net neutrality, they argue, is the government’s way of enforcing several rules and preventing them from offering more services. This argument however lacks context. When this Act was passed, most internet access was done through dial up, i.e. through the phone companies.3 As a result, they would have more control over what they deliver.

As the two sides continue to argue, the private companies should begin to prepare for either side winning. Prepare plans with your internet provider for any increases in fees for slowdowns that may occur. Having a proper insurance plan in place for any loss of revenue brought on by a repeal of neutrality. Check your own internet and service plans before negotiating further deals.