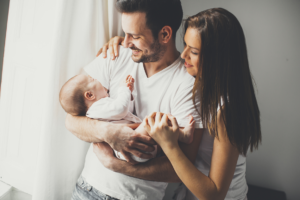 With regards to the many laws that took effect on January 1st, many benefit employees such as protection relating to social media privacy and the ban the box movement. One law recently passed in New York benefits families in a way most of the country struggles to keep up with.

As of January 1st, New York became the fourth state, after New Jersey, California and Rhode Island, to provide for Paid Family Leave. This is seen as a growing trend to match the rest of the world, and is one of the more generous offerings currently available in the U.S. The law is designed to roll out over four years. In 2018, the amount of time off is set at 8 weeks for all privately employed workers and 50% pay. The final numbers in 2021 would be 12 weeks at 66%.

This new law applies to most privately employed workers wishing to take care of their family. This will apply to new mothers and fathers after they have a child. It also addresses foster and adoptive parents who had recently taken charge of their adopted child. In addition, this applies to when there is a serious family emergency, such as a dying or seriously injured family member.

This is different from the Federal act, where employers of over 50 people have to provide 12 weeks of unpaid family leave. “This is going to be life-changing, especially for low-wage workers,” said Nancy Rankin, of the Community Service Society, a group that advocates for low-income New Yorkers. “Those are the workers who have little or no savings, are in debt, are barely getting by. It’s a real crisis when they have a new child or ill family member.”1

There are, of course, some small hiccups to this. Employees will share the burden through a slight increase in their payroll deductions; about $1.50 additional from each employee on the payroll. In addition, there is no possible way for an employer to prevent an employee from using these days non-consecutively, as in they take a day every so often to care for someone home sick. Finally, this applies to only private sector employees. State affiliated workers and other public sector jobs aren’t affected by this.

With this law, worker’s compensation laws need to be updated to reflect this change in policy in New York State. Many other states are potentially looking at similar laws, but at the moment, New York remains the most generous on the table.