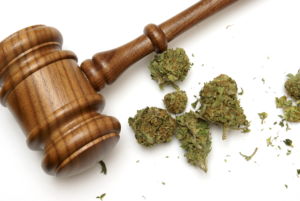 In accordance with President Trump’s stance on marijuana, Attorney General Jeff Sessions has rolled back the Obama era Cole Memo on the federal stance on the drug. This move comes at a time when many people support the legalization of the drug and many states have laws on the books for commercial and medical marijuana, including California which just began commercialization on January 1st.

The Cole Memo dates back to 2013 under President Obama. Then Deputy Attorney General James M. Cole issued guidelines to states on how to regulate marijuana. In effect, he said that the federal government should only focus on safety and obvious legal issues when enforcing federal laws on this issue. This includes:

This echoes a similar statement by another Deputy Attorney General, Daniel Ogden, when Medical Marijuana started becoming legal. Under the Cole Memo, more states adapted medical marijuana laws and with the addition of California, eight states plus the District of Colombia allow commercial sales of marijuana in their borders.

Current Attorney General Sessions wants to change that. In effort to crack down on what he perceives is the worst drug, he rescinded the guidelines ordering the states to comply with the federal rules on this drug, “returning to a rule of law.” This means cracking down on any dispensaries that step out of line, even the legal ones. As expected, many states aren’t happy with this decision, especially those that have commercial dispensaries like Colorado and California. One Colorado Senator has threatened to revoke his support over judicial nominees over this exact issue.2(2)

As it relates to insuring this type of risk, because marijuana is still a federally controlled substance it’s a very difficult risk to insure. Insurance companies that seek to cover state authorized dispensaries risk sanction for failure to adhere to federal guidelines. As it stands, it is state versus federal and it will most likely go to the Supreme Court. Until this issue is resolved, insurers will have to continue to not offer insurance in this field or risk federal intervention.

For more information on the Cole Memo see this link: (3)