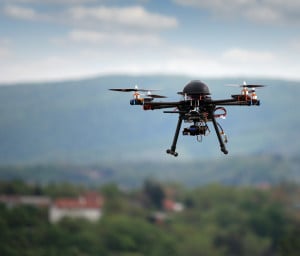 For the last few months, there have been questions about the regulations on how and where to operate commercial drones. The FAA has issued a basic set of guidelines but they were onerous, not what drone operators wanted, and included many restrictions on weight and height. Now that has changed. As of August 29th, there are new standardized rules for entry into commercial drone operation.1

The new rules changed who can operate a commercial drone, when they can operate it, and where they can fly. The regulations lowered the age of those who can operate a drone to age 16 and abolished the need for an aviation license. To balance this, any new operators need to pass a test at an approved FAA facility, not unlike a driver’s exam, to obtain a permit. Background checks are also a part of this process. The visual rules from the old regulations are still in effect, in that you need to stay within eyesight of it, but the ceiling of high how you can fly has been raised to 400 feet. In addition, unless you have a special permit for night flying and the proper equipment, drone flying is suspended 30 minutes prior to sunset and 30 minutes after sunrise. Finally, the size of the drone can’t exceed more than 55 pounds. This restriction is important because it counts not only the drone’s weight, but anything it is carrying like cameras and packages.2

With the new rules in place, there are many beneficiaries that can take advantage of the new rule. Rescue services, construction, real estate, surveyors and many others that had once been barred due to the costs of getting approval for UAV exemption can now apply and use their drone operations without getting into the need for the exemption. Unless they chose to fly at night. However, delivery service is still a few months away due to the amount of research involved. Altogether, the FAA believes these drones can create up to $82 Billion dollars in business.3

As previously stated, all drone operators need to have proper insurance to cover the operations. A General Liability policy typically excludes commercial aviation and drone flights for businesses, so you need a separate commercial aviation policy. In addition, you need to follow all FAA regulation, including those specifically for drones. The new laws are a great leap forward, but operators still need to follow the rules.4