Liability During the #MeToo Era 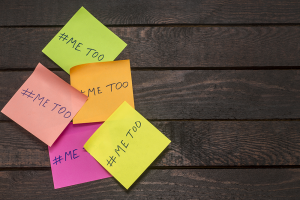 The #MeToo movement has drastically changed how the workforce handles claims of sexual harassment. The issue is no longer hidden thanks to the many public cases of people falling to these claims. Many workers have come out and revealed cases of harassment that have been hidden for years. As a result, many companies have changed their policies regarding sexual harassment.

In some cases, states have come out with new laws and regulations to combat in work harassment. New York has recently passed a regulation that changes how harassment is investigated, including providing training on identifying and combating these behaviors. In addition, they protect any accusers from retaliation, one of the things that has kept victims from ever coming forward. (New Regulations for New York)

While regulations differ from state to state, one surprising thing has recently occurred. A recent poll taken by companies regarding holiday parties revealed a surprising statistic. According to Challenger Grey & Christmas, 35% of those surveyed either never hosted a holiday party or simply don’t plan on having them, due to the #MeToo liability concerns. 59% of those holding one expect to discuss the implications of what could happen at these parties. The mere fact that a company would either not host one or have to educate people on the decorum expected is telling that the movement has shaken up many businesses who want to avoid being put in uncomfortable situations.

Take the time during the holidays and beyond to review your policies on worker’s rights. Most states have changed their polices in the last year and thus reviewing it will be a good idea.