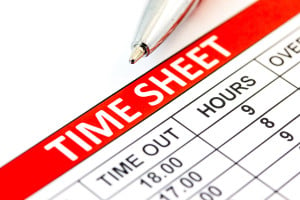 For years, overtime compensation has been a source of debate. The debate over who does and doesn’t get compensation comes down to whether or not their classification is exempt or non-exempt when they work for more than 40 hours. This classification determines whether they are entitled to overtime benefits. Even though employers have historically determined this based on who was a salaried or hourly employee, this was never the case. Overtime benefits primarily came into effect for those that did not work in management positions and whose wages were below $23,660 annually or $455 a week. This concession did not give overtime benefits to those earning more than the number stated or those in upper management like a store manager the right to earn overtime pay.

The pay guidelines are outlined in the Fair Labors Standards Act or FLSA. In basic terms, it outlines what the Federal minimum wage is, which is currently $7.25 an hour. States are allowed to set higher wages and employees are entitled to the higher wage. The issue comes from whether or not an employee is eligible for overtime. The determination of whether an employee is exempt or not entitled to overtime pay depends on these factors.

In the past month, the Department of Labor has finalized the rules about who could be compensated by the overtime regulations. In the new rules, the initial ceiling for overtime compensation has been raised to $47,776 or $913 a week in all 50 states. Territories like American Samoa have their salary levels increased to $767 a week while those in the motion picture industry got increased to $1397 a week. According to the DOL, these new rules will protect over 4 million workers and amount up to $12 Billion dollars over the next decade.

The new expanded rule was made to address the white collar workers. To qualify for overtime, they must make no more than the upper limit of $913 a week. This is independent of lodging, board and other facilities related to living on the premises of a company. They must also fulfill the duties requirements. Computer employees must also make under $27.63 an hour or $913 a week to qualify for the exemption.

As with anything, there are exemptions to this law. Examples include:

This is the result of what the DOL hope to do to increase the amount of money going to employees. To many employers relief, further increases will only happen every 3 years after the new laws going into effect on December 1st. In 2020, the ceiling for overtime compensation will be increased to $51,000. This is based off numbers gathered by the DOL on wages throughout the country. They determined that the increases would be based on 40% of the average of the lowest region they consider for records, which as of this writing, is the South.1

What this means for employers is that they need to reassess their employees to be exempt or non-exempt. In addition, for those white-collar workers that qualify, some employers are considering increasing their salary to just over the limit to qualify such employees as exempt. These new regulations are designed to create better living wages so employers must be ready to adapt.