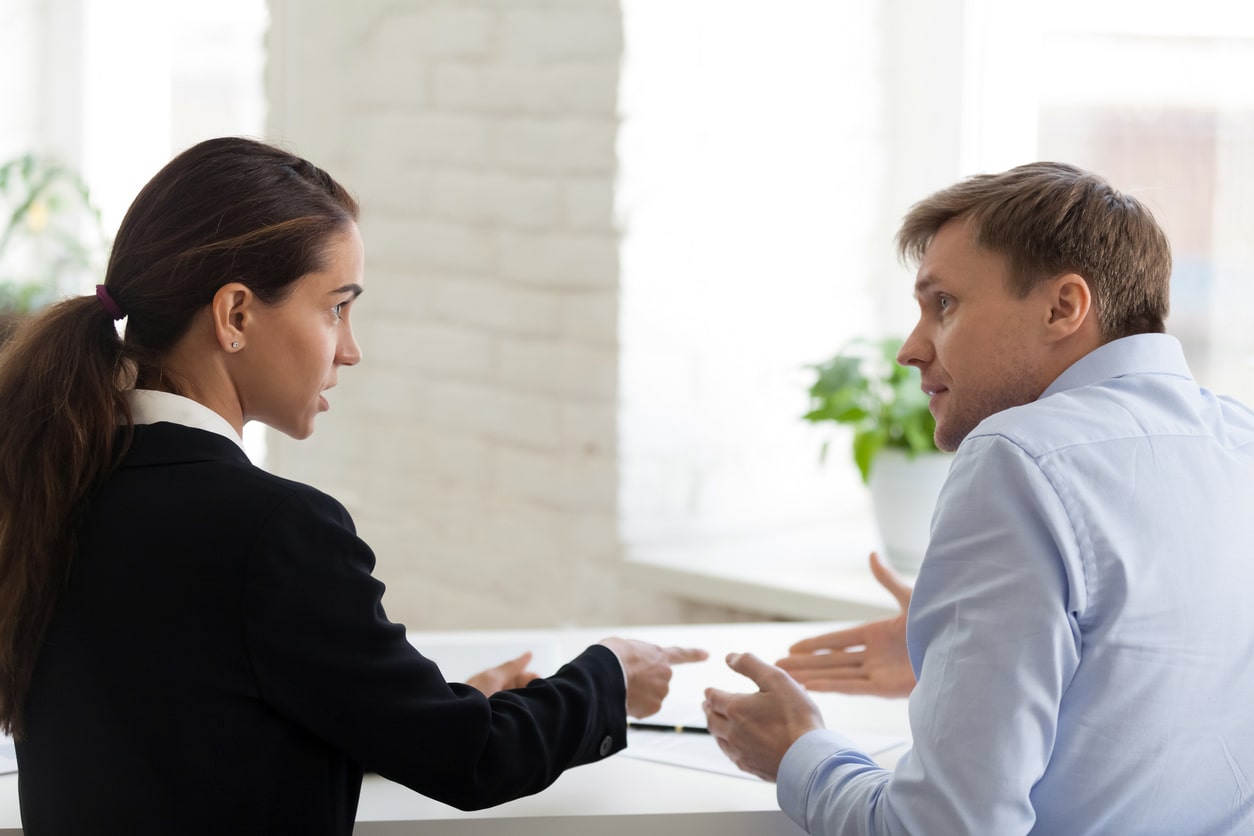 According to a recent survey from the Equal Employment Opportunity Commission, more than half of women in the workplace have experienced some form of sexual harassment. While this data is unsettling on its own, the survey was conducted back in 2016 before the #MeToo movement came into the spotlight and shined a new light on this subject matter.

Workplace harassment claims, whether in person or digitally, like in a chat box or email, are an issue that is impacting a wide range of businesses. While some forms of harassment may be more apparent, such as verbal harassment, there are also other forms that are more serious, such as physical and sexual.

No matter the type of harassment, all forms are illegal and can affect a worker’s sense of security at work and trust in their company while it puts the company in legal jeopardy.

Many victims of workplace harassment might think they would recognize when the issue is occurring and report it to their supervisors. However, harassment leaves many victims in an uncomfortable and confusion position. Some victims may even feel threatened by submitting a complaint, feeling they will be retaliated against in some way.

However, any and all workplace harassment claims need to be handled with care and taken seriously. Even if a claim is seen as “small,” all claims should be addressed quickly and thoroughly with as much discretion as possible.

Harassment in the workplace doesn’t have to include physical evidence as a result of a physical or sexual assault. Offensive conduct can include offensive jokes, slurs, name-calling, threats, intimidation, mockery, insults, offensive objects or pictures, and interference with work duties.

What employees need to understand is that they are protected by law from the person(s) harassing them and are also protected from an employer failing to protect them.

Companies, on the other hand, who find themselves in the middle of a harassment claim need to make sure they’re handling all claims with care and understanding. Retaliating against an employee or expressing some form of bias against the victim can open up the door to major claims.

While having employment practices liability insurance in place to protect a company against the actions of the harasser, having the right frame of mind to be responsible and take care of a situation with dignity and respect for the victim(s) should be priority number one.

Verbal harassment can be an ongoing issue that can threaten the emotional and mental health of someone on the receiving end. It consists of demeaning remarks, unreasonable criticism, and offensive gestures. Sometimes it can be difficult to recognize and there’s usually a gray area, since it is non-physical.

This form of harassment is similar to verbal, but it is more subtle and consists of exclusionary tactics, such as withholding information. These actions are meant to mentally break down an employee and cut away at their self-esteem while undermining them.

This kind of harassment can be executed through taking credit for someone’s achievement, making impossible demands, opposing everything the employee does or suggests, or by imposing unreasonable deadlines, among other things.

In recent years, cyberbullying has seen a major uptick in prevalence. Through social media and in-house chat systems, such as Slack, some employees find themselves on the receiving end of digital harassment.

This kind of harassment can be illustrated by posting threats or demeaning comments on social media or through chat discussions. Some people have even gone as far as creating fake online personas to harass someone. To combat this kind of harassment, employees can take screenshots and save emails in order to back up their claims in this area.

Physical harassment in the workplace can be done in various ways including unwanted gestures like touching or more severe ways like threats of violence, hitting, tripping, and damage to someone’s property.

Sometimes physical harassment may be looked at as a joke or just a way a supervisor, for instance, airs their frustration. However, any and all physical contact should be reported, especially if it results in injury of any kind or makes someone feel taken advantage of.

For sexual harassment, this prevalent crime is not just exclusive to women in the workplace. Everyone, no matter their gender identity, can be assaulted by someone from any gender as well. Sexual harassment include unwanted sexual advances, like touching, remarks, or sharing pornography, and can end up causing major emotional damage to someone.

Sexual harassment in the workplace may not always be egregious and a seemingly major threat. Even the more subtle forms of sexual harassment, like a joke, should be taken seriously. While some victims are concerned about retaliation, such as losing their job, they should still report any issues.