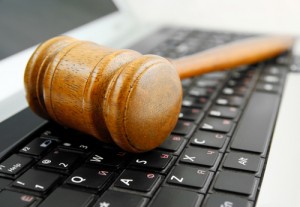 In an effort to expand consumer protection, California’s legislature attempted to pass legislation expanding its own data protection laws. The following laws below are under the current legislation set to take effect in 2020:

Recently the Legislature proposed an expansion to this legislation to expand a consumer’s ability to sue a data company in the event they are breached. That legislation fell through and the Senate began their battle to influence how strong the California Consumer Privacy Act (CCPA)  would be.

The bill backed by real estate mogul Alastair Mactaggart is one of several changes proposed to the bill. Many others are looking to carve out exceptions as this bill to protect their interest. Mark Zuckerberg and other leaders has even called for federal privacy laws but has also said they would fight legislation that would open them to lawsuits.[2]

Use this time to discuss how to protect your customer’s data regardless of the changes in your state’s privacy laws. California’s will be among the strictest as tech companies lobby to change their laws.